As new technologies are adopted by the drinking-water industry, ways of analyzing treatment processes must keep pace. Guelph, Ontario-based MANTECH Inc. is working to do just that with its new online chemical oxygen demand analyzer for source and treated drinking waters, known as the PeCOD. It’s designed to measure the oxygen demand (OD) and associated oxidative changes in organic matter on a near real-time basis.

“The oxygen demand (OD) characterization of all organics is not being measured or available to the drinking-water industry. This new tool we developed aims to provide that data,” says Robert Menegotto, president and chief executive of MANTECH.

With funding provided under the Southern Ontario Water Consortium’s (SOWC) Advancing Water Technologies (AWT) program (funded by the Federal Economic Development Agency for Southern Ontario) MANTECH and researchers from the University of Toronto (UofT) are pilot testing the new technology in a real-world setting at the Peterborough, Ontario, Water Treatment Plant.

The plant, located on the Otonabee River, provides an ideal environment to test the technology, says Menegotto and Professor Robert Andrews of UofT, one of SOWC’s 10 member post-secondary institutions.

“They have one of the most sophisticated pilot plants in North America in terms of online analytical capabilities,” says Andrews. “We thought this would be a very nice piece of equipment to complement what they already have.”

MANTECH is looking to fill a void with its new PeCOD technology, noting there are no real-time analyzers and few analytical techniques that are able to capture the oxidative changes of all organics in organic matter. “The nice thing about this is that it’s a fairly complex type of analytical instrument but can be used online to give us near real-time feedback information,” UofT’s Andrews says.

“If the PeCOD is telling us something, we might be able to tweak treatment processes,” says Liz Taylor-Edmonds, a UofT researcher involved in the project with Andrews.

MANTECH believes its new technology offers some important advancements over current, traditional water-quality test parameters such as Total Organic Carbon (TOC) and UV254, which can provide quantitative data but lack the ability to identify organic reactive changes that occur during treatment. The project partners say advanced analytical techniques are needed to get qualitative information, which the PeCOD is designed to address. MANTECH considers its technology another important tool in the organic-monitoring toolbox, that is also simple to use directly by the utility as opposed to laboratory testing.

At the pilot plant, values obtained from the PeCOD unit will be compared to routine water quality characteristics as well as more advanced analytical techniques. The partners expect the information collected will offer an improved measure of the changes in chemical reactivity of organics that occur as a result of biodegradation and oxidative pre-treatment processes.

“We’re comparing to other samples that take longer to process and against a number of different variables that require a much longer time to analyze,” says Taylor-Edmonds. It takes about 10 minutes to process a sample with the PeCOD, she notes.

For both MANTECH and UofT researchers, getting the PeCOD to a steady state of operation in the pilot plant has been a key milestone so far in the 10-month long project, which started in March and is expected to wrap up by the beginning of 2017. Overcoming some early technical glitches and set-up hurdles, the unit has now been running at a steady state for more than three months.

“We’ve been running trouble-free and have collected a wealth of data we’re now beginning to analyze,” says Andrews. With the steady-state milestone achieved, experimental trials are now underway and will involve the introduction of advanced oxidation, a combination of ozone and hydrogen peroxide. “This is where we think the PeCOD analysis is really going to shine,” Andrews says.

Partnering with UofT under SOWC’s AWT program has been a critical step for MANTECH in advancing the PeCOD technology, says Menegotto. He considers Andrews and his team at UofT to be among the foremost experts in drinking water in North America and was quick to realize it was the group his company wanted to work with.

AWT’s support in helping bring new water technologies to market has also been crucial, he says.

“These partnerships are critical. It’s prohibitive as a small company to do it by ourselves. This is a great way to find very smart, knowledgeable research groups that can develop the experimentation and help us commercialize the technology,” Menegotto says.

Awareness and education about the availability of a new tool to measure oxygen demand in drinking water are two barriers MANTECH faces in getting its new technology to the marketplace. “We’re developing a new market that currently doesn’t exist,” he says, “and, exciting as there is no other OD analyzer in the market presenting a great opportunity to grow in sales globally and jobs domestically.”

In addition to MANTECH’s collaborative efforts in the early stages of the project, UofT’s Andrews says the support of the City of Peterborough has been invaluable. For him, the AWT program has allowed the right partners to align to help bring a new technology forward.

“It’s the right collection of the right entities,” he says. “To be successful you have to have an industry partner like Peterborough that’s very receptive, a pilot plant where we’re actually changing oxidative processes, and a very forward-thinking company like MANTECH all come together at the right time.” 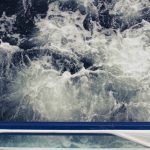 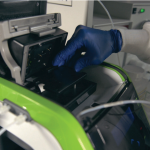 Introduction to the MANTECH PeCOD® Analyzer