Safe operation of a Water Treatment Plant (WTP) requires careful monitoring of the water supply influent to the plant, as a guard for any substances entering the treatment works that could negatively impact treated water quality in the distribution system. One aspect of water quality that has recently garnered more attention from authorities and utilities is Natural Organic Matter (NOM), which refers to a group of carbon-based compounds found in natural water systems formed by the decomposition of organic materials and associated metabolic reactions. While NOM itself does not pose a risk to human health, some NOM compounds are known to react with chlorine and chloramines in drinking water treatment to produce disinfection by-products (DBPs) such as Trihalomethanes (THMs) and Haloacetic Acids (HAAs), which are known to be carcinogenic and/or genotoxic. Health Canada, the US Environmental Protection Agency, and the World Health Organization include sections focused on control of DBPs in their Drinking Water Treatment Guidelines.

Preventing the formation of DBPs is a multi-faceted issue for drinking water utilities, with a variety of strategies being developed for both general treatment and specific plant/source conditions. Each facility and water source is different, therefore no one strategy can be applied across the board, and often utilities are encouraged by their local authority to have a unique monitoring plan developed. Prevention strategies can be generalized into four groups:

Since drinking water plants typically maintain a disinfectant residual in the distribution system, use of solely a non-chemical disinfection is often not an option. Similarly, most guidelines specify chlorine or chloramines for disinfection, therefore it can be difficult and costly to switch to a different chemical disinfectant. Removal of DBPs before distribution is often not practical, due to high implementation costs and uncertainty as to whether the DBPs are forming at the plant or in the distribution system through reactions with residual disinfectant. Therefore, the preferred prevention strategy for most utilities is optimization of treatment conditions to remove the precursor NOM compounds.

For utilities beginning to address DBP formation through removal of precursor compounds, it is crucial to gain an understanding of the NOM present in the source water matrix influent to the plant. This is especially important for sources that experience seasonal/temporal variations, which is common for many surface water systems and some groundwater systems. Traditional parameters for monitoring of source and treated waters include Total Organic Carbon (TOC), Dissolved Organic Carbon (DOC), and Ultraviolet Absorbance at 254nm (UV254). These parameters are complimentary to each other, providing different insights into the overall NOM makeup, however they each have shortcomings and individually do not reveal the full picture. Recently, a new photoelectrochemical oxygen demand (peCOD) method has been developed for fresh water systems. Its low detection limit (<1 ppm), rapid analysis time (<5 min), and streamlined operation makes it an ideal parameter for utilities to implement for source monitoring. ASTM International has published a new method specific to peCOD (D8084), and the Canadian Ministry of Environment has also published a method for the peCOD in surface waters (E3515).

A drinking water utility in Massachusetts has recently adopted the peCOD parameter as part of an effort to predict and control the formation of DBPs. This utility receives source water from a tributary of the Connecticut River, a major watershed providing drinking water for millions of households in the Northeast U.S. states. The utility sees a great amount of seasonal variation in source water quality throughout the year, and even temporal variation from events such as storms and rapid snowmelt. In early 2017, they implemented peCOD alongside TOC and UV254 in an online monitoring system (pictured in Figure 2), with the end goal of using real time monitoring of these parameters to develop a model for dictating treatment actions, such as pH adjustment and coagulant dosing. The first stage of this project is to establish baseline conditions for each of the parameters, as well as comparing their responses to events known to influence NOM. A few excerpts of data from the first year of monitoring are provided in figure 3. 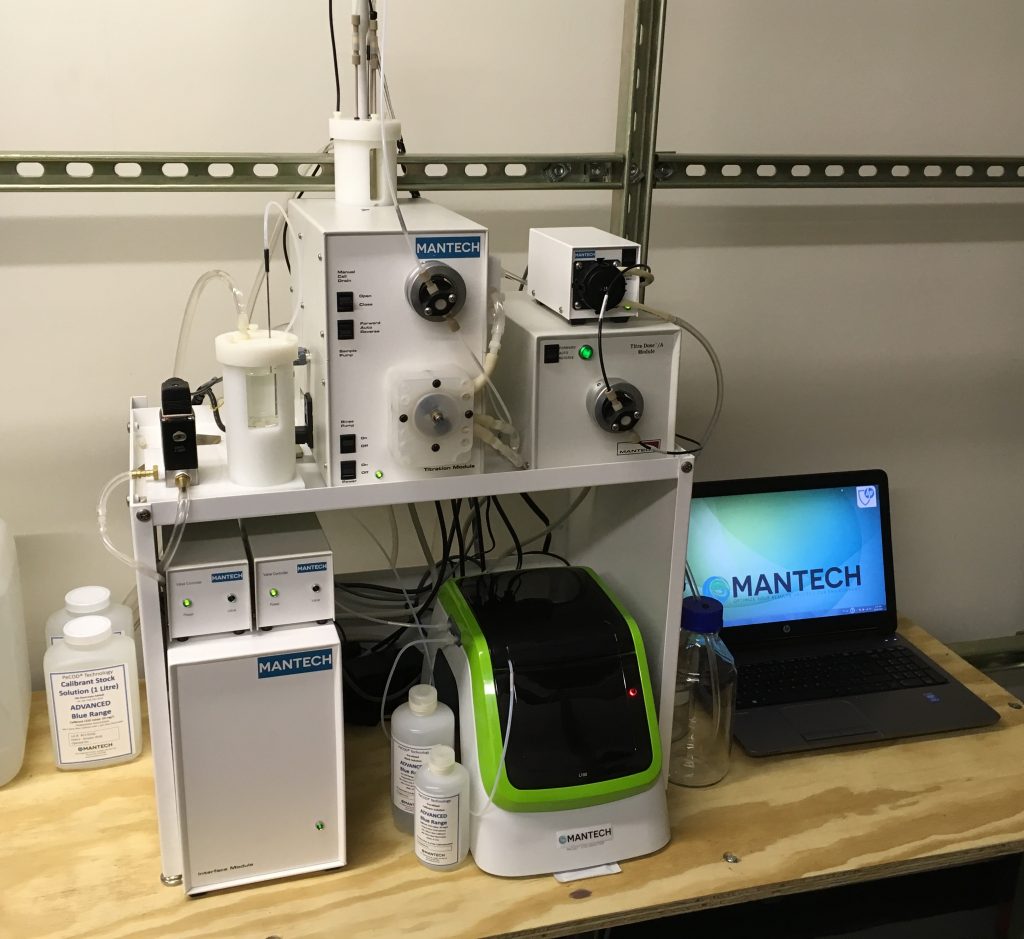 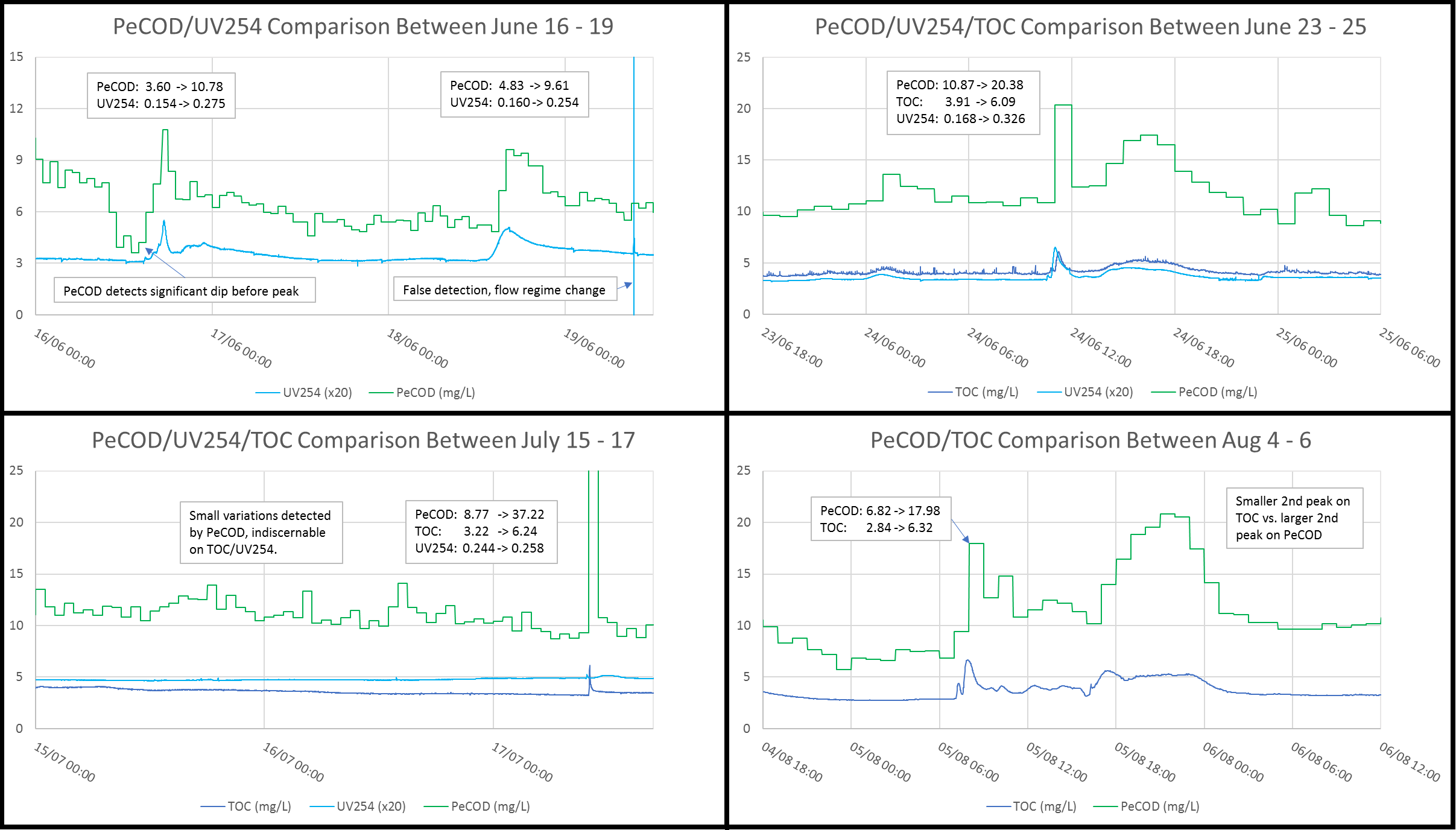 The four data graphs included above show peCOD, UV254, and TOC responding to four different storm events in the summer of 2017. There are a few interesting points to note about the responses:

In addition to the value of peCOD as a complimentary parameter, operators at the Massachusetts Utility were particularly impressed by the ease of use of the Online peCOD Analyzer in comparison to the rest of their instrumentation, noting that “peCOD was the easiest instrument to operate and maintain, leading to it having the best ‘up-time’ over the course of the year.” This ease of use and reliability is crucial for encouraging operators to use the equipment consistently. Additionally, the operators noted that peCOD as a parameter was easy to understand, being an empirical measure as opposed to a surrogate such as UV254 which requires a lengthy matrix-specific calibration to produce useful data.

These examples show great evidence for the value of the peCOD parameter in the application of source water monitoring. The data indicates that peCOD can successfully capture/detect any event detected by UV254 or TOC, and suggests that peCOD can capture/detect a greater fraction of the NOM than the other parameters for many events. The next stage of this project for the Massachusetts Utility is to utilize a THM analyzer alongside the online analyzers monitoring source water, which mimics disinfection to form then measure THM DBPs. The utility will develop correlations and trends for each parameter, as well as combinations of parameters, to actual DBP formation. The implementation of the Online peCOD Analyzer has already given the utility a new barrier of protection, in that the operators constantly check the value to get an idea of the incoming NOM to the plant. As more data gets collected, the operators will continue to establish connections between measured values/behaviour and real plant decisions, improving their operation efficiency leading to reductions in operating cost. 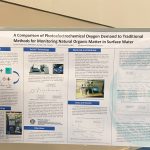 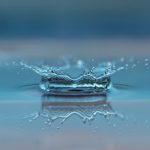